The abbreviations, slang, and mistakes that are going to mean your voice-friendly SEO strat is #rekt

Language is forever changing – you don’t need to look back more than a hundred years to see the difference in formality, or the well-known (among semantics experts) fact that spoken language becomes quicker and more abbreviated over time. Obvs.

And with the advent of emojis into the Oxford English Dictionary (giving English teachers of future years the nightmarish predicament of trying to correct the spelling of the tears of joy face – or even its pronunciation) and the difficulty of misspellings, abbreviations and increasingly digital slang, it’s clear that language is starting to make an interesting division between a visual, written language, and the spoken word. I can’t help but wonder if Egyptian Hieroglyphists would be proud.

Meanwhile, search engines are moving towards a different end goal. Google’s Hummingbird, “conversational” search algorithm uses natural sentence structure to identify what users are really looking for, and the onwards progress of voice search pairs off nicely with these developments. But if written language is diverging into a form of visual shorthand, there might be a problem.

A significant proportion of search engine optimisation (SEO) relies on analysing popular search terms and incorporating them into copy in order to make it more likely that people searching for those terms will find your content. So far, so simple. 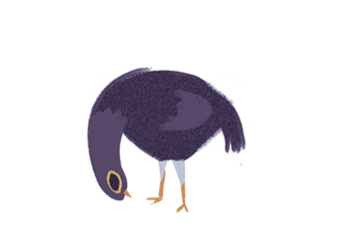 If you’re typing your search terms in, that’s not a problem. But as visual language like emojis, abbreviated slang, and memes filter in amongst traditional language, conversational search, formal articles, and written search are going to end up in a bizarre, Trash-Dove-reaction-image Mexican Standoff.

Even for that, I didn’t know the official name of the strange, flailing, purple pigeon, and had to try to locate it through descriptions on Google. Despite its recent popularity wave in Facebook comment sections, it took a few clicks and scrolls before I located a suitable image.

While the immediate value of tracking down this odd gif is questionable, it exposes the issue: although digital conversations, through Facebook, WhatsApp, and other messaging services, are increasingly reliant on this sort of image, “conversational” searches can’t access them as easily.

For formal outlets – large businesses, B2B, institutions – this isn’t such a concern. Searchers will be primarily looking for industry-specific terms like “mortgage” or “telecommunications”, and this seems unlikely to change.

But for B2C, this is a rising issue, and not just with emojis or their kin. When trying to target your customers, it’s reasonable to attempt to speak their language. Not ingratiate yourself with them, necessarily – nothing will earn more scorn than a misfired advertising campaign trying to pretend that your new finance app is “hip” and “down” (or the modern equivalent: using memes from 2010 to try to push your products) – but to speak along lines they can relate to. Trying to fit terms like “bae” into your marketing campaign or already questionable dance moves into your political campaign is playing with fire. 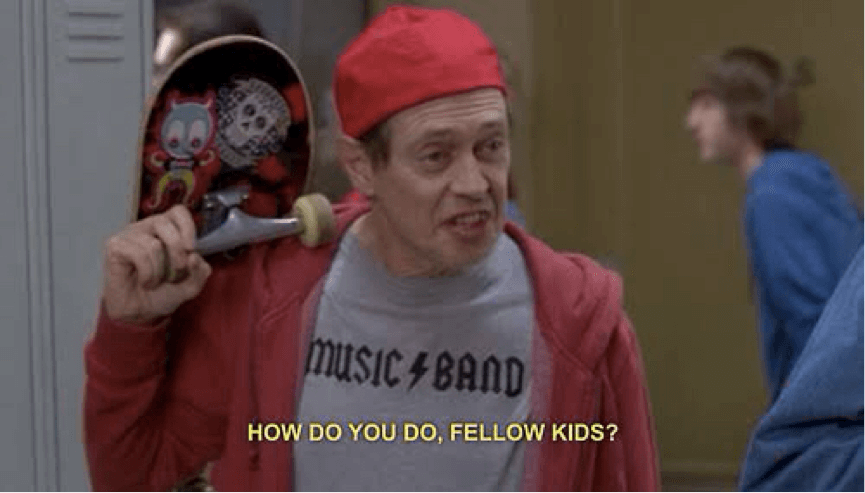 The conversational language customers are using is the digital, abbreviated language, complete with wrong uses of “your”, new words, terms, and phrasing. If you’re engaging with them on social channels, that’s not an issue. But your social channel should stand alongside your wider company branding and tone of voice. And that means your site will need to incorporate facets of this conversational language in order to maintain a coherent message. Dominos have already made a bold effort to do so in their ordering process options.

That comes to loggerheads with SEO. You can’t really set out a search strategy for reaction images. While Google offers Image Search, anyone who uses it regularly will decry its limitations, and even with the best results in the world, it lacks the fluid ease of responding to a video with an image.

And considering copy is increasingly prone to minimalism, searching by images, videos, anything “visual”, is going to become more and more prevalent – especially as VR comes to the fore. People will be seeing much more and writing much less. If we’re exploring virtual worlds, they’ll need an inbuilt search which adapts much more to visual appearance and interaction than the one currently on offer. Google Images will need an upgrade if it’s going to cope with 3D environments and images – it might need to even break off into more of a separate service from the main search engine. 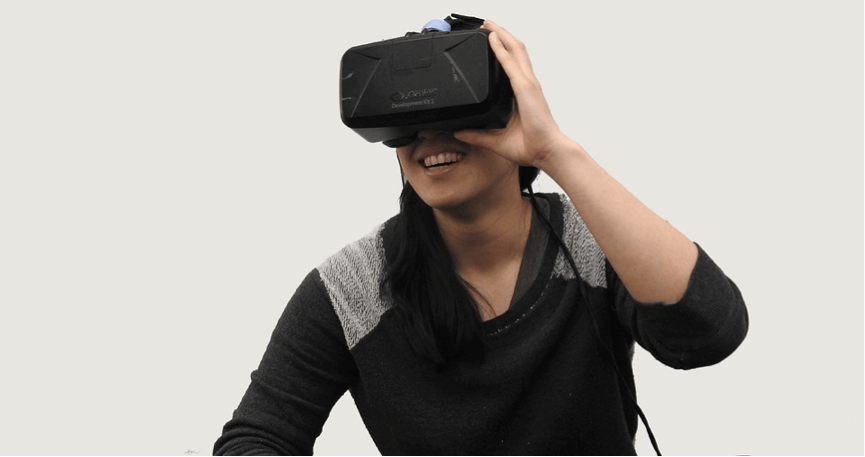 Abbreviate it for me.

At the moment, none of them are actually problematic. Words still vastly outnumber images. But technology is in a constant state of flux – and with VR on the brink of being the new smartphone in terms of altering our approach to digital interaction, visual expression is set to rise in the future in unpredictable ways. It’s the trend of visual, digital conversation and interaction, rather than the specifics of how it will develop, that is likely to be a problem.

What can be done?

At this point, speculation on solutions for issues which may or may not arise is limited by the scope of our current position. But several paths stand out as possible ways to avoid the problems offered here:

For now, it’s a case of watching the trend and seeing how it develops from here on out. VR is going to be the big milestone that defines future image search and its impact on SEO. For now, we can only work on building brand support and incorporation of digital, social language. But having a sense of agility when adapting to new copy styles is going to be vital – even if it’s just to pick up on Google’s changes before anyone else.