Summer is here; longer days, warmer weather and the festival season is fast approaching, as well as it being international music day (June 21st). To celebrate this special event, I’ve been searching the web for the best music-based content marketing campaigns. Here are 6 that absolutely nailed it! 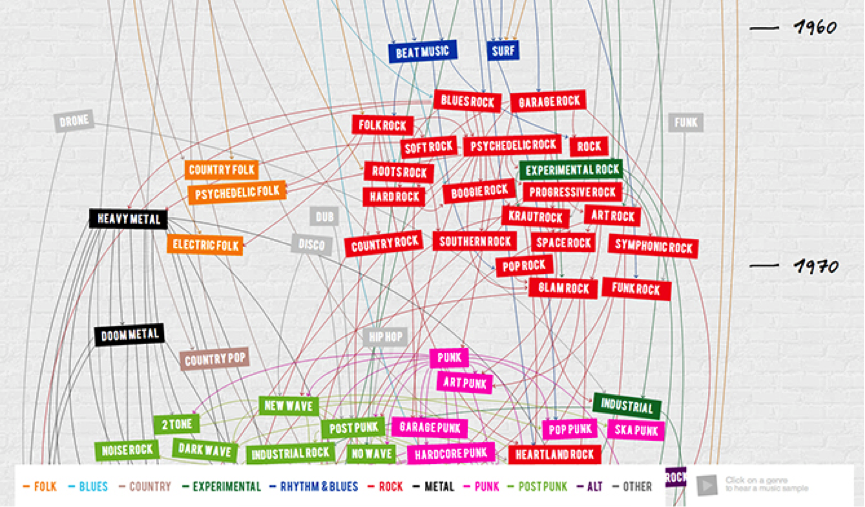 This interactive data visualisation from Concert Hotels is an animated timeline that shows you the evolution of rock music, from Gospel to Grunge. In less than a minute, you will see an overview of the evolution of the rock music genre: where the sub-genres came from and how they influenced each other.

The design is brilliant because it easily shows the evolution of each rock music genere and the connections they have between them by revealing them slowly. Each type of rock music has its own colours, which you can click on if you’re finding it a bit overwhelming! Also, if you decide to click on your favourite genre of rock, you’ll be able to hear a sample of it. 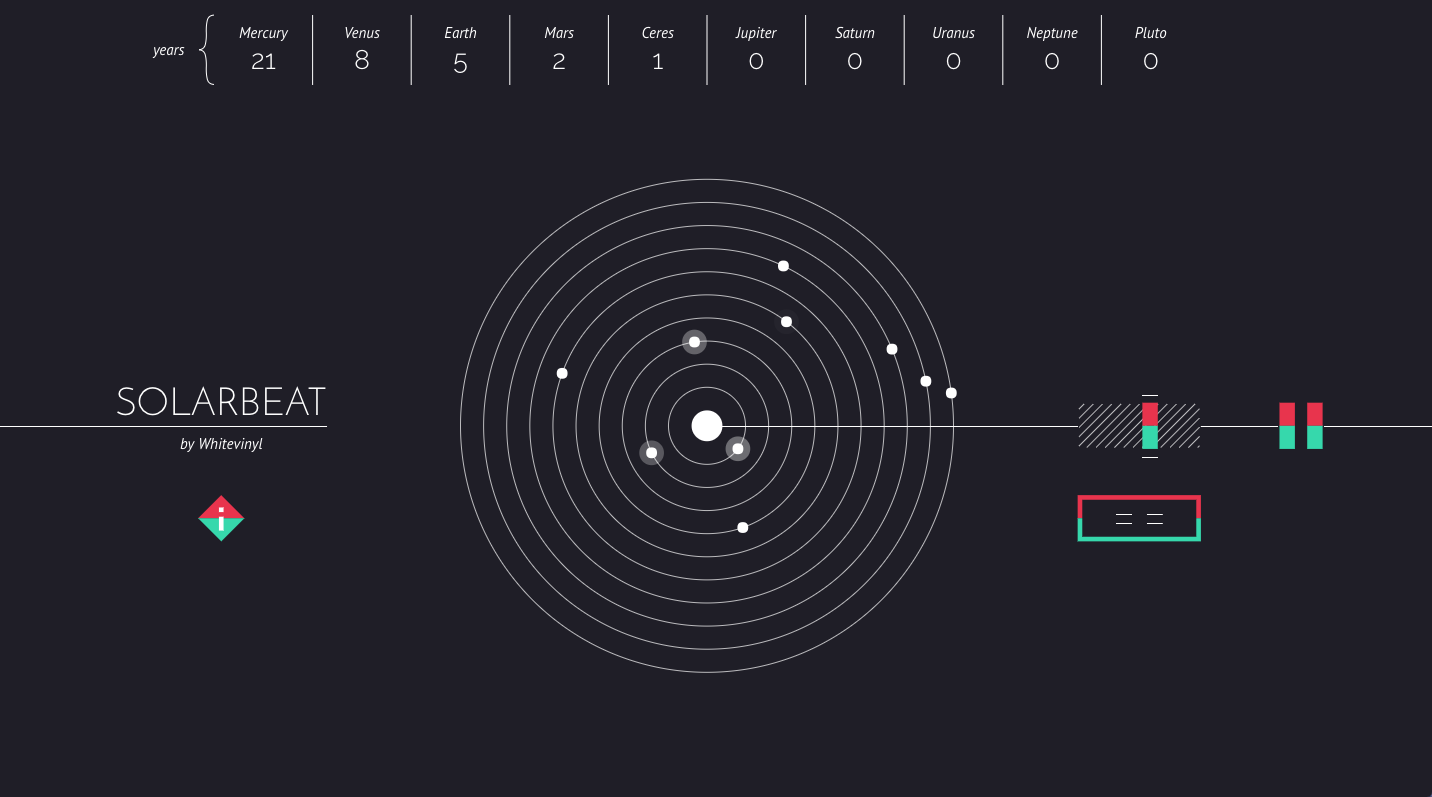 Described as an “Ambient generative Solar System music box” by Luke Twyman (graphic designer and creator of the tool) this interactive infographic is based on the real orbital frequencies of our solar system. Built with the JS Web Audio API and Canvas, this tool allows you to play with many settings like: the speed of the orbits, the echo, the flutter and the bass sounds.

The design is minimalist and effective. Even if it’s not mind blowing, it only takes a quick glimpse to understand what’s going on.

You learn about the orbit ratios of our solar system in an entertaining way as you can interact and play with them. The only thing we think is missing it that is could have been even more informative! For example, we’d like to know the real orbital speed, the planets’ distances compared to the sun or the planets’ for example. 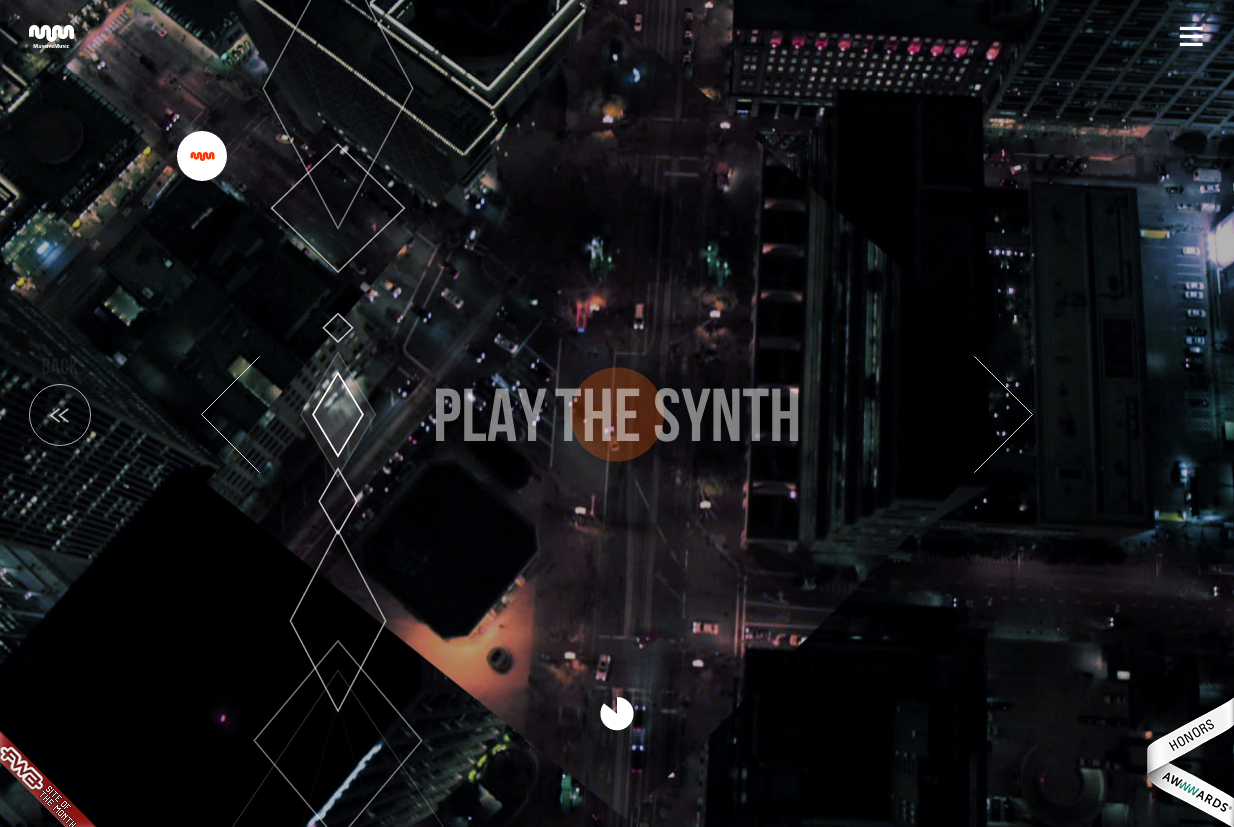 Created by Massive Music, this interactive tool aims to deliver a new user experience to its visitors.

At the beginning, you are asked to define some settings to optimise your experience such as quality of definition and which interface to use (mouse or smartphone). After that, you are invited to try some mini tutorials to display electro sound and to be familiar with their interface. The web app will then record the sounds you produced and then play the tune, so you can hear the result of your tests.

Design wise, the web app is really attractive as it uses large photographs and videos. What really catches your attention is the colours used and the interactive synchronisation it has with the sound.

What we enjoyed the most was to ability to use a phone as a remote control. When using the website, you have the ability to choose the devices to interact with, and in this case, you phone turns into a motion-control remote and your Desktop screen into the TV. This is a really interesting feature to try, because it’s uncommon. Also, no matter what settings you selected, the result is always catchy. It’s definitely worth taking 5 minutes out of your life to give this a go! 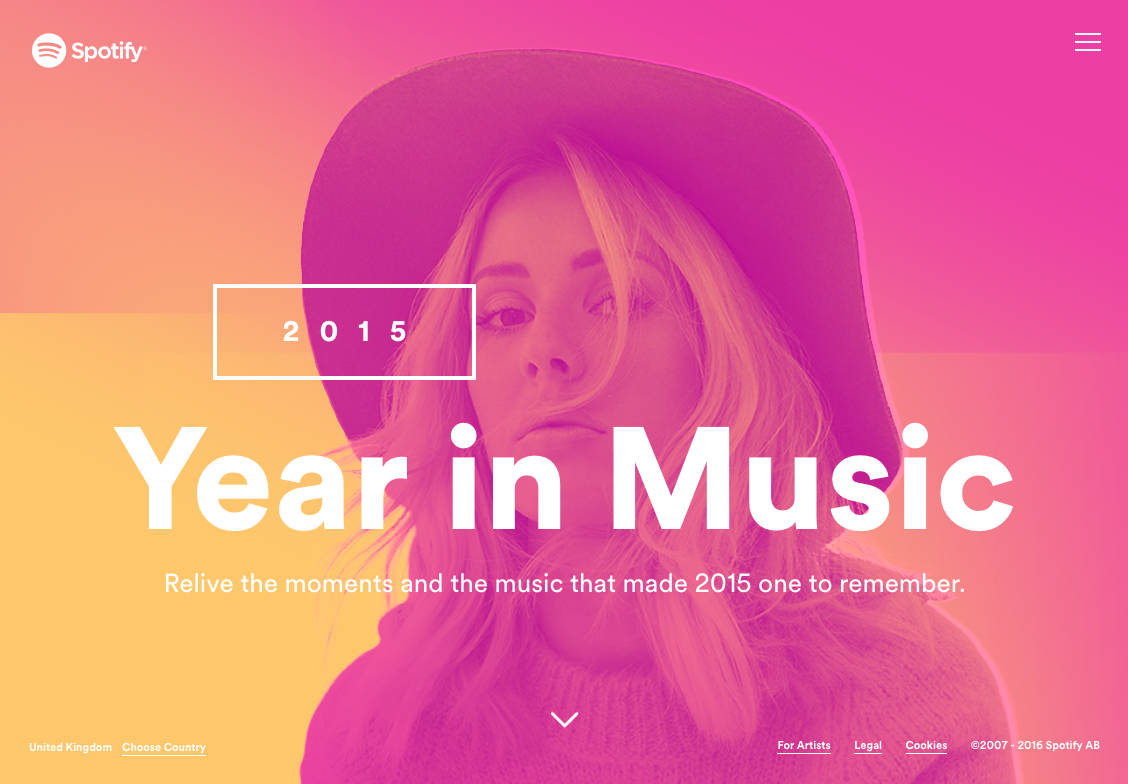 Every year, the Swedish streaming music company, Spotify, release a ‘Year in Music’. The 2015 version of the interactive tool allowed Spotify users to see a break down music habits, including:

The design of the tool is pretty straight forward: a gradient background, a big duotone coloured picture of the artist, and some glitch effects (a special effect that consists of reproducing a picture that was displayed on a broken analogue TV), all together make a really bold and eye catchy design.

The design is really trendy and exceptional. Using WebGL to generate the duo chrome photography of the artist is really impressive and we also love how simple the website looks, even if there’s a lot of data to be displayed. Plus, having a yearly summary of your music habits is really interesting, even if it is also a little bit scary to see the amount of data Spotify has on us. 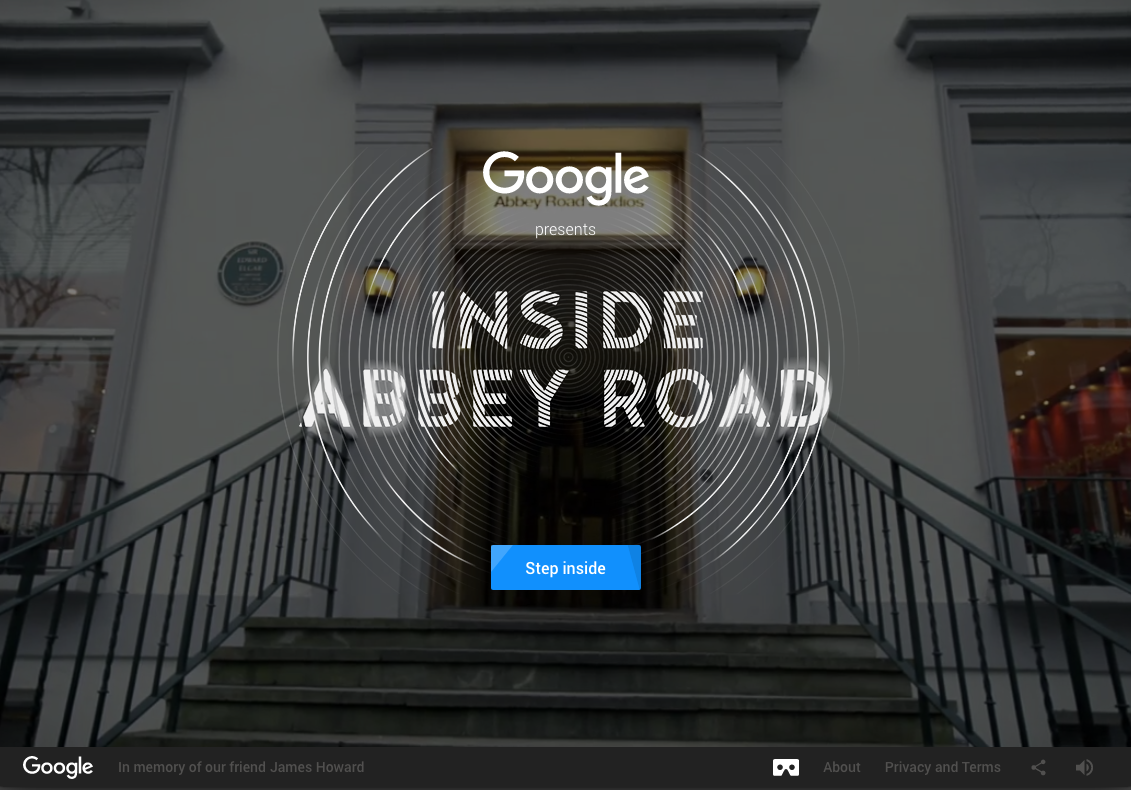 Built by Google, this website lets you step into the world’s most famous recording studio: The Abbey Road studios. Star Wars and Harry Potter’s theme some artists such as Adele, Amy Whinehouse, the Beatles or Bastille have recorded here.

On this website, you can discover the studios by joining a guided tour – or by exploring the place on your own. You’ll learn more about events that happened in the studios and you’ll also be able to play with their equipment (thanks to some interactive games).

To recreate the different studio rooms and the 3d navigational effects, they used 3D scanners, HDR photos, inline videos and advanced web technologies like webGL (for the 3D) and css3 for the interface animations.

In terms of design, we can easily recognise Google’s signature by the material design elements and the colour scheme used.

This website is rich in data and it gives you the opportunity to live a real life experience behind your computer. The user experience is incredible as it accurate to the reality, and the design makes it really easy to use. Also, having the Google street view effect inside the studio is a great feature as we all know how that works!

6) Over the tiny hills – The dead pirates 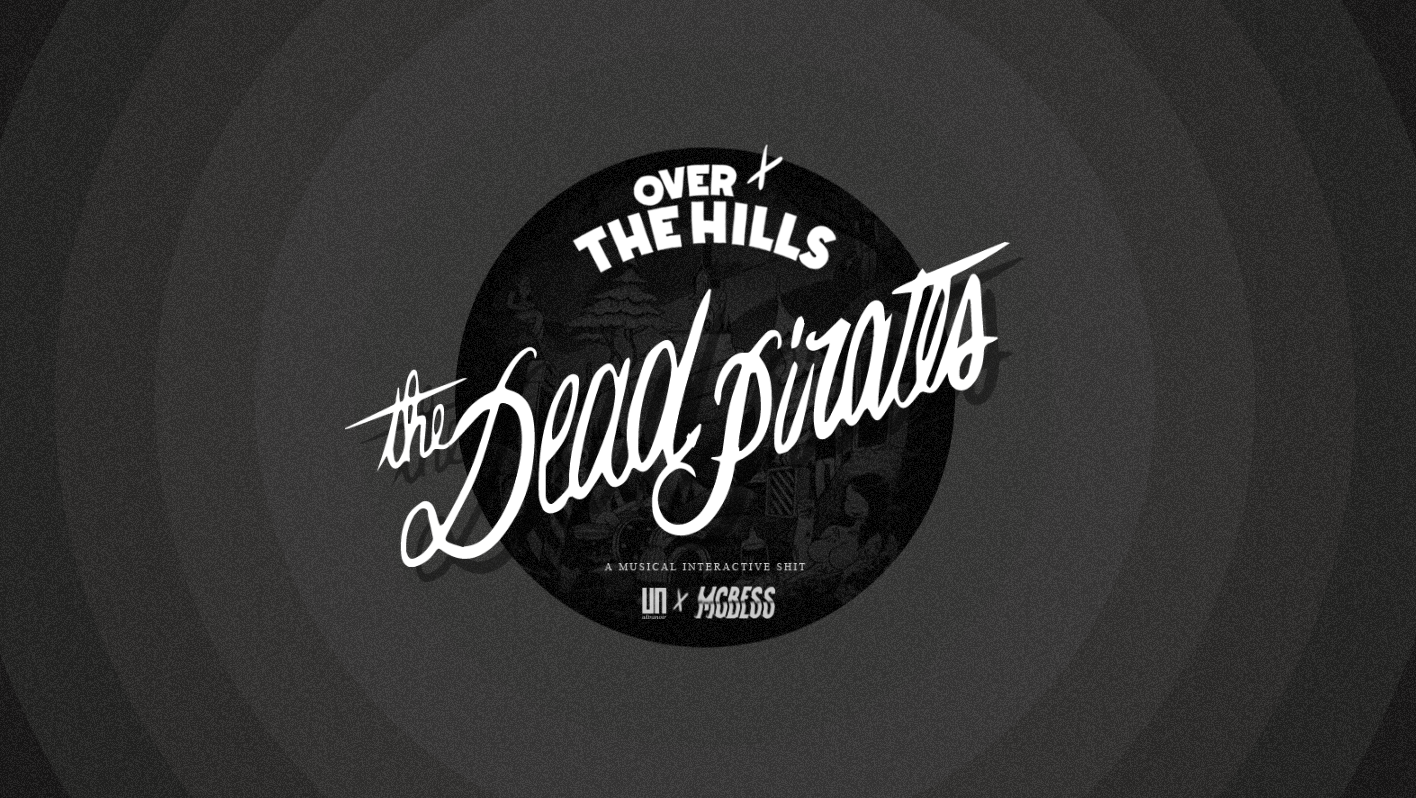 For the release of the album ‘Over the Tiny Hills’, the band ‘The Dead Pirates” created an interactive site to play their new EP. When landing on the website, you are invited to play the record via an old-fashioned vinyl player. This is a entertaining way to make the visitor play the song, just by catching their curiosity.

In terms of design, it’s very dark and busy, due to the dot art (art that consists of drawing by doing dots only), which reflects the music genre associated with the band.

The user experience is very unique and there is a lot of indications to help you using it.

What we also like are the illustrations made by ‘McBess’.

What can we learn from these campaigns?

All the above examples of musical-themed content marketing campaigns are really inspiring. All of them share some common traits:

Hope you will feel full of inspiration for your next project and enjoy International Music Day!